Back to the Floor

The three visitors looked friendly, but what I thought would be an opportunity to showcase our work left us feeling we had been caught short.

Someone in headquarters decided it would be good for morale if the heads of education, social work, and health met with some of us who work directly with young people. The initiative was called ‘Back to the Floor.’

One of the three, dressed in a grey suit, asked me, “Why should my child’s education suffer because the teacher has to deal with the behaviour of a young person who is in foster care?”

I have heard the same kind of argument in many schools, sometimes expressed in different ways: “We can’t meet Johnny’s needs here.” In other words, Johnny ruins everyone else’s chance at a good education.

I tried to answer the man in the grey suit, “If I could take you to some of my schools, you would see that schools that are the most inclusive are best for all young people.” My words sounded unconvincing. I wasn’t prepared for his question, and I couldn’t back up my view with any evidence.

The inclusion of children who are looked after in mainstream education is often a contentious issue. Sometimes it is characterized by simplistic thinking1. “We can’t meet Johnny’s needs here” may be true, but is there really some magical other place where Johnny can be ‘fixed’?

Inclusion can also define and strengthen important values. When faced with the challenging behaviour of a looked after child in her school, one head teacher said, “I don’t want him to go to a special school. He needs the relationships he has with children here who don’t have attachment difficulties. He won’t have those role models in a special school. I am not going to exclude him.”

Inclusion can also create ambiguity. It can force teachers into an uncomfortable position, one in which we feel we have to chose between contradictory imperatives:

Is my job to teach my subject or is teaching about helping children develop as individuals?

I am here to make sure the young person who wouldn’t say boo to a goose can learn, but what do I do when that young person is threatened by the child who acts out the effects of the neglect they have suffered at home?

Inclusion requires substantive change; it challenges us to look at ourselves and to question the commitment to our values.

Can You Give Me One More Chance?

Successfully including young people who are looked after and who may have attachment difficulties in any kind of mainstream setting can be difficult. Paul was fourteen years old and had been signed up by his foster carer to go to summer camp. It soon became apparent that his carer was under a lot of stress. She said, “I told Paul if he gets sent home, the moment he comes through the door, I will put him in respite care. He has been excluded from school, and people have come to the house to say he is causing trouble in the community. His mum doesn’t even want to see him.” Paul probably felt being sent to camp was just another rejection. This looked far from promising.

I met Paul as he stepped off the bus and introduced him to his group. He seemed to take an almost instant liking to his group leader, an easygoing and energetic young man. I noticed after a couple of days they were rarely apart. However, Paul also mercilessly bullied another boy.

The head of the camp wanted to send Paul back home. “It’s not fair on others in the group. He is ruining their week,” she said to me.

I pleaded for one more chance.

I took Paul aside. “We are going to do everything we can not to send you home, but you have to stop bullying. You are going to spend the rest of the day with me and help me clean the kitchens.”

After that Paul’s behaviour wasn’t perfect, but he stopped bullying. A couple of days before the end of the camp, I asked him about his birthday. “I see you have a birthday when you get home. Will you do anything special?”

“No one has ever done anything for my birthday,” he replied.

The next day, I was sitting at lunch on the table next to Paul. Without warning, the other young people came into the dinning room and sang “Happy Birthday” to him.

Paul looked like a deer caught in the brightness of a spotlight. I think he wanted to run away, but he couldn’t. About fifty young people surrounded him.

A year later, we had a call from his foster carer. She told us Paul had looked through the camp brochure until he found the same group of leaders and asked her to sign him up. She told us it had been a much better year at home.

Why did it work? It wasn’t just one thing that made a difference. His group leader had worked hard to build a relationship with Paul, and the head of the camp was willing to take a risk and give me one more chance to reach out to him. I believe Paul got the message that he was wanted there.

Paul contacted us again this year. He apologized and said he plans to spend the summer with the Army and cannot come to camp. Two years ago, when I first met Paul, he was an outcast, unclaimed and unwanted. Being included in that camp had transformed his life.

Camp and school are very different, but some of the issues around inclusion are similar. Will other children suffer because of the behaviour of a child who is looked after? It is relationships that make the difference. Teachers who include children prioritize the importance of relationships in learning, and this benefits all the children in their class. In order to test my hypothesis, I interviewed a group of young people, a teacher, and a teaching assistant.

It had been a steep leading curve for Lewis’ teacher. The impulsive and often angry twelve year old, who had also struggled in his foster care placement was in trouble almost every week.

At the end of the year, I interviewed a group of Lewis’ peers. They all acknowledged their learning had been held back to some extent by their classmate’s challenging behaviours. However, they all had something positive to say about their school: “The work we produce is good and the staff are really friendly.” They also had no difficulty identifying the things they had accomplished. They all rated the relationships in their class as a 4 or 5 out of 5. One of the group commented on how her teacher had handled pupils’ behaviour problems: “She is good at it because she will sit down and have a calm chat with them and calm them down.”

The kinds of skills teachers and teaching assistants learn in order to support a young person with attachment difficulties seem to transfer readily to other children. Another teacher at the end of school year commented:

“I have been teaching for fourteen years. Callum has helped me more than any other child to think about my teaching.

“I have learned to make fewer assumptions about the behaviour of other children in my class. I used to think some behaviours were because a child was spoiled at home. I have learned they may have real issues and need my help.”

“One of my pupils was playing up for another teacher. I used Wondering Aloud, and I gave him some different options for what might be upsetting him. If I hadn’t used this approach, he would never have told me what was wrong.”

“We are rolling out some of these things across the school. Callum has raised the profile of how we handle emotions.”

A teaching assistant from another school wrote:
“I have been able to transfer the skills I have learned to help other children. For example, I noticed a change in another child’s behaviour. He was getting upset and walking out of class. I asked the teacher if I could have some time with him. I used Wondering Aloud. I said I had noticed that he was spending a lot of time on his own and that he was distracted easily. I tentatively asked him if the class was too loud or maybe he had a lot on his mind. He said there was too much noise and that it was hard to concentrate. I tried to empathize with him. Later, this child told me he was worried about something happening at home.”

In these classrooms, the behaviour of the children who are looked after had some negative impact on the other children. However, the teachers and teaching assistant were able to use the skills they had learned to identify and respond with sensitivity to children who were struggling. It also seems that the other children in their classes recognize that despite some difficulties, the relationships in their class were very good. They were generally positive about their school and what they had learned.

Inclusion matters because young people who are looked after find the acceptance they need in order to overcome their sense of rejection and shame. And to answer the question from the man in the grey suit, I would be happy to see my own children in a classroom with the kind of teacher who values relationships, who understands young people’s needs, and who finds a way to support the learning of all young people.

* Under the provisions of the Children (Scotland) Act 1995, ‘Looked After Children’ are defined as those in the care of their local authority.

“These are difficult things to achieve but there is hope because many schools are able to be both excellent and inclusive.” Martyn Rouse, Professor Emeritus, Aberdeen University 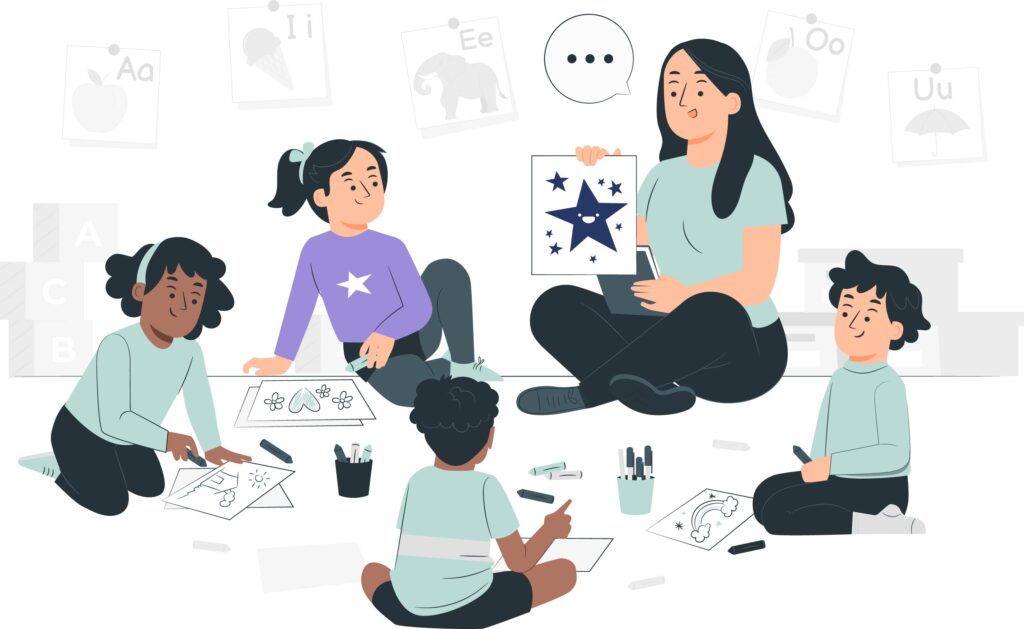 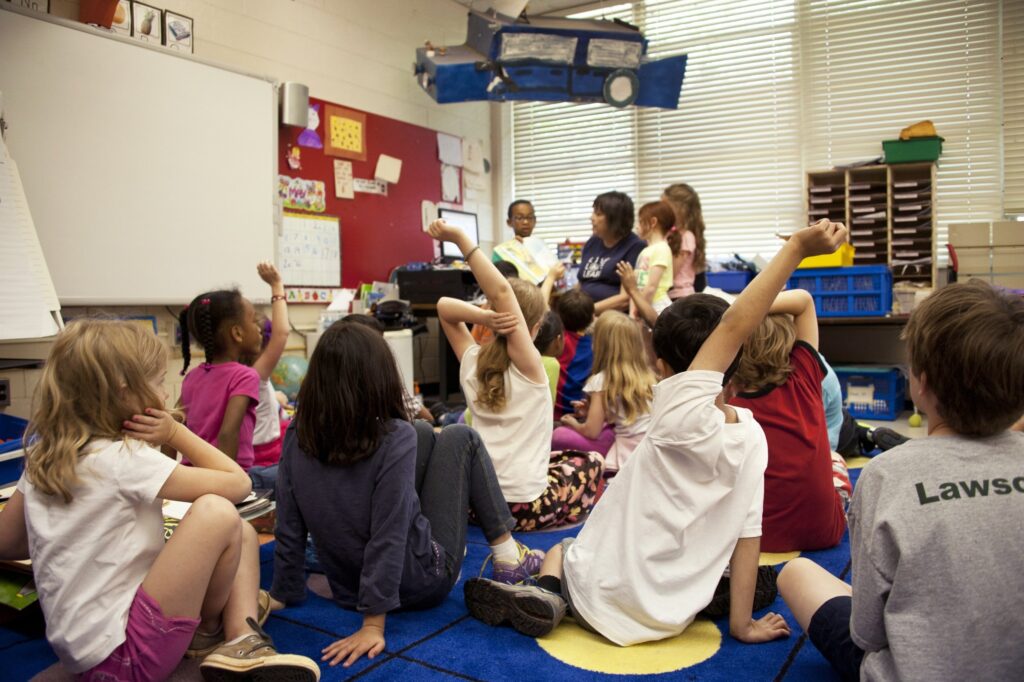 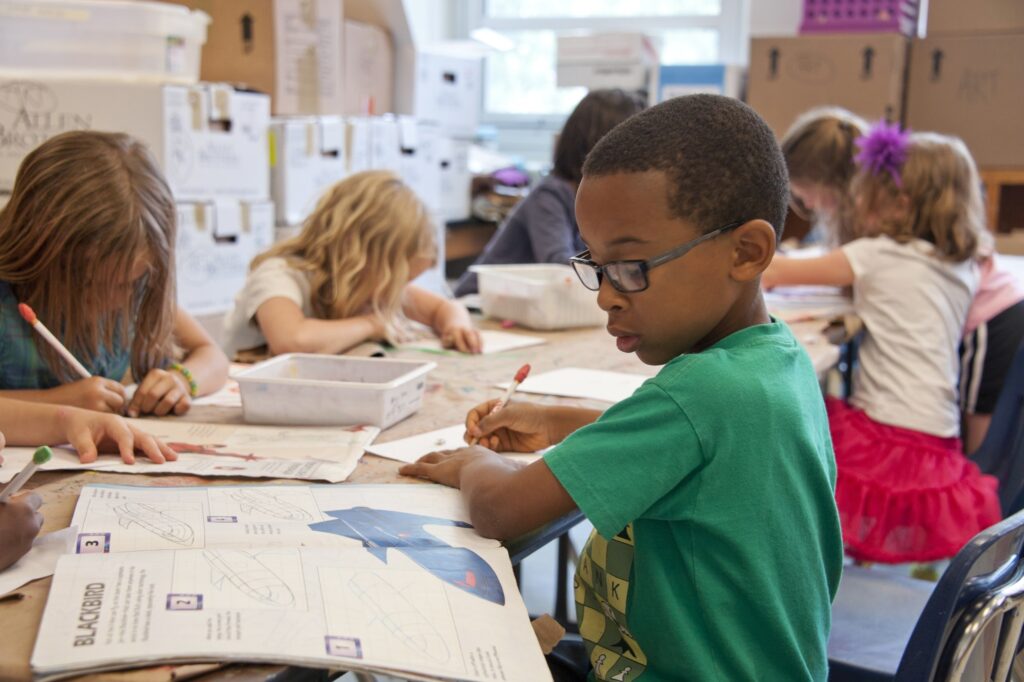